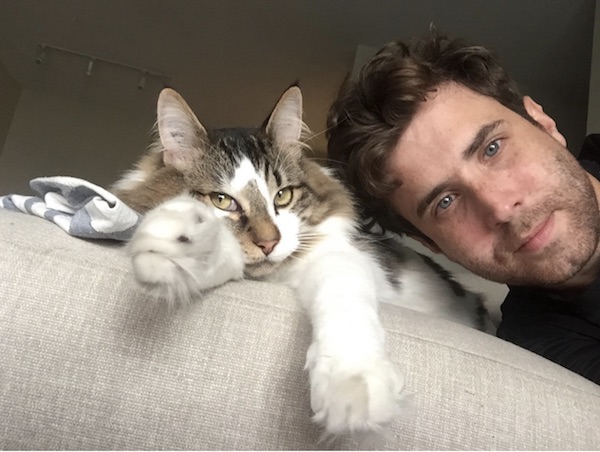 by Jackson Cunningham, founder of Tuft and Paw

I’ve been in the ecommerce space for over 10 years. After starting 3 of my own successful companies, I’ve learned that it’s incredibly important to choose a category that you’re interested in.

This isn’t revolutionary advice, but for newer entrepreneurs I don’t think the concept fully sinks in. Most of us are too focused on finding a “good opportunity” that we will sacrifice our passion in exchange and in many cases, the opportunity isn’t actually that good (see Paul Graham’s excellent article about finding a startup idea).

Just the other day, I was talking to a friend who wants to start a company. When he told me he wanted to start making unique flavored salad dressing, I asked him if he really loved salad dressing. As you can probably guess, he told me that he didn’t find salad dressing particularly appealing. In fact, he wasn’t even really interested in food or cooking, but he thought there was a good business opportunity out there.

The danger of choosing a “good idea” that we don’t find interesting is that eventually the excitement and endorphins from starting a new business will wear off and we’ll find ourselves in the trough of sorrow. That is, the stage where things start to slow down and everything becomes a bit harder and feels a bit more like work. In this stage, where most entrepreneurs will fail or give up, it will help you tremendously if you’re working on something that you’re actually passionate about.

Here’s how this played out in my own life. When I first got into ecommerce, I wanted to choose any idea that I felt the odds of success were high. After doing some research, I decided to sell Italian masks because the competition was low and I thought my odds were good. After 2 years, the business was doing pretty well but it was not something I was passionate at all and I was quickly looking for the next thing.

The next category I chose was suspenders. I didn’t quite learn my lesson because I’m not at all interested in men’s fashion. But I felt it was a bigger category and the competition wasn’t great so it was a “good opportunity”. Sure enough, after a few years I found myself wishing that I was doing something else and feeling that what I was doing wasn’t very interesting.

By the time I started my third company, I realized that I wanted to work on something that I knew I wouldn’t get bored of after a few years so I started with the basic question “what am I interested in?” without any business judgement of what the answer would be. I’m interested in cats, practical jokes, and travelling. From those 3 answers, I was able to expand into dozens of great business ideas, eventually landing on cat furniture. And I can tell you that the difference is night and day. I’m now 3 years into the business and more excited than ever. I’m not looking for the next thing, instead I am trying to think of opportunities to grow the existing business. I’ve encountered hurdles that normally would have been major roadblocks, but I’ve pushed through them because of the extra motivation that I have on this topic.

It’s very advantageous from a business perspective to be your own customer. Because I love cats, I have an edge when it comes to designing or sourcing products because I know the types of problems cat owners have. I know that litterboxes suck, which is why we’re designing a new litter box.

Finally, it’s especially freeing to be able to connect your life and business. I call this the “party conversation trick”. Basically ask yourself if you would be proud and excited to talk about this business at a party 3 years from now. For my last companies, it always felt super random that I had a mask or suspenders company. But when talking about cat furniture, I immediately get noticeably excited and it’s a great feeling being able to live in unison with your business.

There are ton of good ideas left. Give yourself a major edge by starting off with something that you’re actually interested in. 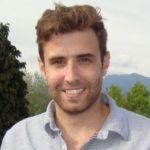 Jackson Cunningham is an e-commerce entrepreneur and speaker with over ten years of experience managing and growing online businesses. He got his start in digital marketing in 2008 while in the real estate industry, and started his first online store selling masquerade masks from Italy (he quit his real estate job a few months later). In 2013 he launched his second business, JJ suspenders, which now has products in over 150 retail stores across the US. A few years ago while traveling in South America, he encountered a number of homeless cats which prompted him to start Tuft and Paw.

This is an article contributed to Young Upstarts and published or republished here with permission. All rights of this work belong to the authors named in the article above.