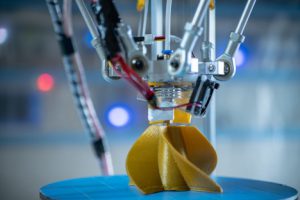 Microsoft looks to be moving into the prototyping market with a new virtual reality design tool called Maquette, industry insiders leaked this month. Named after the French word for “model,” Maquette uses VR to allow product developers to create prototypes in three dimensions instead of relying on two-dimensional representations. Microsoft originally was using Maquette internally, but is now soliciting community feedback to develop the product further. Maquette works as a PC-based app and supports Windows Mixed Reality, HTC Vive and Oculus Rift.

Microsoft’s interest in developing Maquette reflects the growing demand for rapid prototyping services, a market that will reach a value of over $6.5 billion by 2026, Transparency Market Research projects. For companies developing new products, rapid prototyping represents one of the most efficient approaches for cutting costs, improving design and enhancing marketability. Here’s a closer look at three reasons prototyping your product is the smart way to go.

One of the major incentives for adopting prototyping is to cut product development costs. Today, prototyping is typically done by using digital tools to design molds, which are then physically produced through additive manufacturing, better known as 3-D printing. Developing a product blueprint digitally before producing a prototype enables companies to shift much of the research and development process to virtual space, significantly reducing the costs associated with producing a physical mold. Producing molds through 3-D printing further reduces costs by leveraging additive processes that only use as much material as is needed to create the mold, as opposed to traditional subtractive processes that cut away a mold from an existing shape, and thus waste significant amounts of material. In conjunction, digital design and 3-D printing can significantly shave the costs of development.

For example, medical manufacturer Instrumentation Laboratory was able to re-engineer 25 parts at a cost savings of 40 percent by using a combination of digital design and 3-D printing. This represented a savings advantage of 10 percent over the costs of traditional prototyping, equivalent to $600,000 a year, translating into savings of $7.2 million over the 12-year lifespan of the product. In addition, the company saved $50,000 in mold rework and was able to bring its design to market six months ahead of schedule.

One reason prototyping cuts development costs is that it makes it easier for companies to test product designs before rolling out a final product. Prototyping provides a cost-efficient way to see if a design performs as required and to work out bugs before producing the product at scale. It can also be used to optimize designs by testing out alternative materials prior to settling on a final design.

For example, o-ring manufacturer Apple Rubber carries over 8,000 different product sizes in stock, available in a wide range of materials such as Viton, Buna-N and EPDM that have been developed for use in specific temperature ranges and chemical environments. A manufacturer can test different materials in the prototyping stage to see which one performs best for the desired application.

Another important benefit of prototyping is that it allows you to solicit customer feedback before your final product reaches the market. This enables you to incorporate design improvements based on customer input. It also lets you gather valuable marketing and sales information, such as identifying which features and benefits customers find most appealing and determining which price point is optimal.

Using prototypes to test customer feedback can be a key to developing market-disrupting innovations. Vacuum innovator James Dyson took 15 years and 5,127 tries before developing a product that successfully cracked the vacuum market. The results of this rigorous testing paid off in a billion-dollar product that revolutionized the vacuum industry.

Prototypes can help you cut your product costs, eliminate design bugs before bringing your product to market and incorporate customer feedback into your final design. Taking advantage of the benefits of prototyping can give you a leg up on your competition and put you in a stronger position to launch a successful product.

Young Upstarts is a business and technology blog that champions new ideas, innovation and entrepreneurship. It focuses on highlighting young people and small businesses, celebrating their vision and role in changing the world with their ideas, products and services.